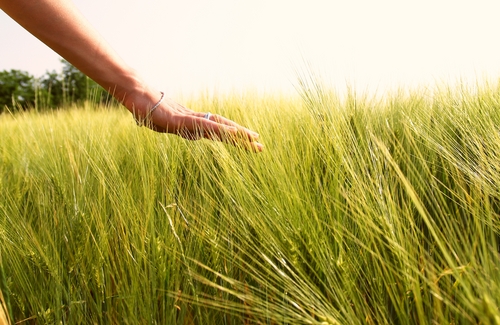 The sun is coming out and the temperature’s rising – but, unfortunately, so is the pollen count. Which means that as we try to make the most of the spring weather, the hay fever sufferers amongst us will be having a difficult time.

For the 1 in 5 people in Ireland who will suffer from hay fever this year, spring can feel like a disheartening blur of symptoms: runny nose, sneezing, itchy eyes, headaches, fatigue, difficulty breathing, and coughing.

But people with seasonal allergies should know that the months ahead need not be an unavoidable period of suffering. Nor does it require dependence on Claritin or fear of leaving the house without Kleenex.

How to ease your hay fever

A recent European survey of more than 2,000 people with hay fever found that lifestyle factors, such as stress and exercise, can have a major impact on hay fever.

Try to reduce your stress levels. The survey showed a clear link between stress and the severity of hay fever symptoms. Almost seven out of ten stressed-out hay fever sufferers rate their symptoms as unbearable or debilitating. As stress levels drop, symptoms become milder.

Regular exercise can improve your hay fever. The survey found that people with hay fever who exercise most have the mildest symptoms. Exercise will help reduce your stress levels, too.

Try moderate-intensity cycling and fast walking every week. However, during hay fever season, it’s best to avoid exercising outdoors first thing in the morning and early evening. Instead, exercise in late morning or afternoon when pollen counts tend to be lowest.

The survey suggests that people with hay fever who eat a healthy diet are less likely to get severe symptoms.

Eat a varied, balanced diet with plenty of fruit and vegetables, but avoid foods that can make hay fever symptoms worse – these include apples, tomatoes, stoned fruits, melons, bananas and celery.

4. Cut down on alcohol

Alcohol worsens hay fever. Beer, wine and other spirits contain histamine, the chemical that sets off allergy symptoms in your body. As well as making you more sensitive to pollen, alcohol also dehydrates you, making your symptoms seem worse.

During the hay fever season try to avoid too many late nights. The survey found that people with hay fever who get a good night’s sleep tend to have the mildest symptoms.

Acupuncture offers tools for both preventing spring allergy symptoms and getting rid of them. Specifically, there are seven acupuncture points that can work wonders for preventing and relieving spring allergies. Your acupuncturist can also teach you how to apply acupressure to these points so you can alleviate allergies all by yourself. All it takes is a few fingers and a little coordination.

A recent study at the University of Erlangen in Nuremberg, Germany, found that 85% of participants receiving acupuncture for hay fever reported an improvement in well-being and significant reduction in symptoms.

At New Leaf Acupuncture, Dublin, we offer treatment with acupuncture that carries the long term benefits of symptom relief, without the side effects of medication. For best results, treatment begins before symptoms emerge, or at the early stages.

Request A Call Back

What Our Clients Say

I had 3 consultations with you 2 weeks ago to help my body getting ready for labour and to avoid the scheduled medical induction. I wanted to let you know that this was a very positive experience for me and my son Cillian was born last Monday without the need of the induction. Thank you again for your support. (Not only did I not require a medically induced labour, but my labour was really manageable, I was more relaxed and my son is a very calm and placid little one.) I will certainly recommend you to any of my friends or family as I am really pleased with the overall experience.

Thank God for the safe arrival of baby Paul Michael, 6lb 7oz on Mon 6th May. New Leaf Acupuncture should be celebrating another success!

Baby Matthew was born last Saturday – a very healthy 9lb 3oz. Arrived in hospital fully effaced but hadn’t started dilation. The acupuncture did its work. Labour went well and, along with delivery, was without incident. So thank you.

We had been trying to conceive for eighteen months for our third child when I went to see Niall. After a month and a half  of gentle acupuncture treatment I was pregnant. His acupuncture style was painless and very enjoyable. After every session I felt more relaxed and less stressed. I would definitely recommend Niall and New Leaf Acupuncture Clinic, Dublin.

Well, your magic worked! Contractions started just after 9 and by 3am I was holding my beautiful little boy. He’s amazing! Thank you so much! Esmé.

After getting the all clear on medical tests, I sought Niall’s help as we refocused our efforts for a natural conception. Knowing nothing about acupuncture, I had no idea what to expect. Niall listened with care to our journey in a way which put me at ease and outlined how acupuncture could play a role in achieving pregnancy. The treatments were relaxing and had an immediate effect. We are now preparing to welcome our much longed for baby in May 2013. Niall is a very important part of our support team. I’ve already recommended him to friends.

Hi Niall, I just wanted to thank you for all your help  and to let you know that we have not had to go down the IVF route (thanks to acupuncture) as we are due a baby in January. I believe that we would not be in this position without attending your clinic and we are very thankful. LB.

LB, Baby due in January

Hi Niall, Alma was born yesterday, on my birthday, and she is gorgeous! I went into labour 2 hours before the scheduled induction on Monday.

Just the way you predicted! Thank you for the induction treatment and all your help! Eva

I just wanted to say thanks! I had a baby boy, Jack, and the labour was quick with no need for pain relief. I’ve no doubt the acupuncture helped with that. Many thanks.

Niall is a very kind and effective acupuncturist.  He has been very focused on my well-being, helping me through my cancer treatment, listening and treating my side effects. I highly recommend New Leaf Acupuncture, Dublin.

Thanks, Niall, for helping me feel ‘myself’ again, not the frightened bundle I was. 🙂

New Leaf Acupuncture is absolutely fantastic. The change Niall brought about in my health through acupuncture over the last few months has been remarkable. Stress-related insomnia was really dragging me down. But now, as soon as my head touches the pillow, I’m asleep. New Leaf Acupuncture is highly professional and very friendly. Its a pleasure to visit every time.

I found Niall’s New Leaf Acupuncture Clinic online after a friend recommended acupuncture to help with fertility difficulties. I became pregnant within 6 weeks of starting acupuncture.  After a detailed consultation at my first visit, Niall explained clearly what treatments he thought would suit me, and why. From my first appointment I really felt a noticeable change in my overall anxiety, my sleep and my well-being. The clinic itself is warm and restful and lends itself so well to healing, and I was really struck by Niall’s approachable, kind manner. I have happily recommended Niall to friends and family.

Beautiful Harry was born on Sunday morning at 2.05am Mum and baby doing great. Thank you.

I don’t understand why more people don’t have acupuncture. It has made me feel a lot better than any medicine over the last 6 months. I appreciate all your help.

Hi Niall, I’ve had my first results back from hospital since our sessions and felt the need to share them with you. My bloods and blood pressure are back to normal and my cholesterol is still 4 (a miracle considering what I ate over Christmas) and my weight is down. I have to conclude that all this is down to the acupuncture session I had with you. Thanks you so much in facilitating me receiving such good news, best of luck with your ongoing practice. Regards, Patricia, Rathmines

I attended New Leaf Acupuncture Dublin in the summer of 2012 for right shoulder bursitis, a sports injury. I had already been attending a physiotherapist and I am happy to report that the acupuncture helped me greatly. I found once I started the treatment that I was able to complete my physio objectives more quickly and achieve recovery at a far faster rate than I could otherwise have expected. I would be happy to recommend New Leaf Acupuncture Dublin, including to those who wish to complement existing medical treatment. I am also very happy to recommend Niall as a skilful, thorough and attentive acupuncturist.

Delighted to say baby Aoife Finn arrived last Thursday at 01.22am. All 8 lbs 5 oz of her! I feel the acupuncture really helped as I progressed very well once active labour began. The treatments were a positive experience from start to finish!